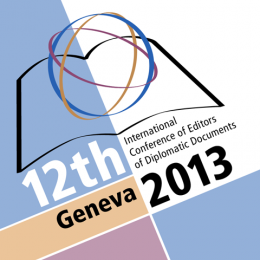 General Trends
The trends which began to show at the last conferences also continued during the last two years. The average production is still about two or three volumes per two-year period (with a print run of 250–1500) with no remarkable changes regarding the selection and presentation of documents. However, compared with the last two conferences there are fewer differences in the number of published volumes. Only the published FRUS volumes noticeably exceed the average production. In some cases budgetary constraints have slowed down the production process.

Digital Turn
The question of digital forms of publishing remains important. While the overall number of projects using possibilities offered by the web has only slightly grown (2011: 13, 2013: 14), the portfolio has been diversified.
Aside from the presentation of documents on the web, the production of e-books is becoming increasingly important. Since the last conference, seven projects (France, Germany, Ireland, Israel, Romania, Switzerland, USA) expanded their activities in this field, and two projects introduced print on demand (Netherlands, Switzerland). Some projects (Ireland, Switzerland, USA) increased their social media activities on Twitter and Facebook, and two projects (Mexico and the Netherlands) presented some of their activities by posting videos on Youtube. Eight projects plan to expand their online activities in the nearer future. New digital solutions were introduced even in the production of new volumes. The Irish and US projects use specific project management software (MS Project or Basecamp), the Swiss project relies on its own database Dodis and the Japanese project shares its bibliography via a shared software.

Problems and Improvements
When we asked the projects about problems encountered in the process of web publishing, various issues were mentioned. These problems can be divided into two categories. While the first category deals with actual difficulties, such as the lack of web space, copyright issues or search functionalities, the second category shows typical early adopter problems including out-dated software or intricate issues linked to software migration.
In light of the problems with which the projects were being faced, the need for improvement was repeatedly expressed.  As they now not only publish traditional volumes, but also maintain and develop online projects as well as monitor their newest developments, the projects have seen their workloads increase considerably. Additionally, there is a general need to improve the budgetary and staff situation.

Declassification and Freedom of Information
The management of declassification requests seems to occupy an increasing number of projects. In Israel,  more declassification staff is needed due to shortened declassification processes and the FRUS are working on a declassification database to enhance the management of the complex and multi-tiered interagency declassification process, which threatens to induce a considerable amount of delay, as this process is beyond their control.
In Switzerland, the law requires that the Government publish a list of files to which an extended retention rule applies. This ensures that researchers have access to complete archival catalogues. In reference to the Federal Act on Archiving, the research centre of the Diplomatic Documents of Switzerland has decided to publish in the appendix of each volume a list of the files to which access requests were declined by the responsible authority: see dodis.ch/dds/ArchA.

Target Audience and Promotion
Most of the projects produce their volumes for scholarly readers and students and in some cases for journalists and diplomats, too. Experiences with open accessß online publications have shown that the general public uses the opportunity to access free accessible information to learn more about the diplomatic history of their country. Most of the volumes are available via bookstores or the publishing houses, but also through the projects or archives themselves. Marketing is not only done by the publishing houses, it is now increasingly undertaken by the projects themselves on their websites and via mailing lists, as, for example, H-Diplo. Other projects, among them Ireland, Latvia, Montenegro or Switzerland, issue press releases and try to attract the interest of journalists and the general audience by selecting major topics or interesting documents.

New Website
As part of the preparations for the 12th International Conference of Editors of Diplomatic Documents, the team of the Diplomatic Documents of Switzerland launched the website www.diplomatic-documents.org to foster the visibility of the participating projects. The website collects information on previous conferences and delegates as well as information on scholarly editions and contact persons. The most important aspect is the «News» section, where information about the release of new volumes of editions of diplomatic documents can be posted. Since it officially went online, 18 new volumes were announced on this website, which amounts to more than one new volume per month. Continuing on this path, the website will become an important information resource for scholars of diplomatic history and foreign relations throughout the World. 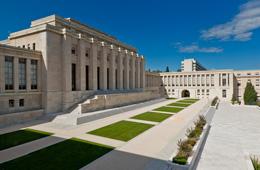